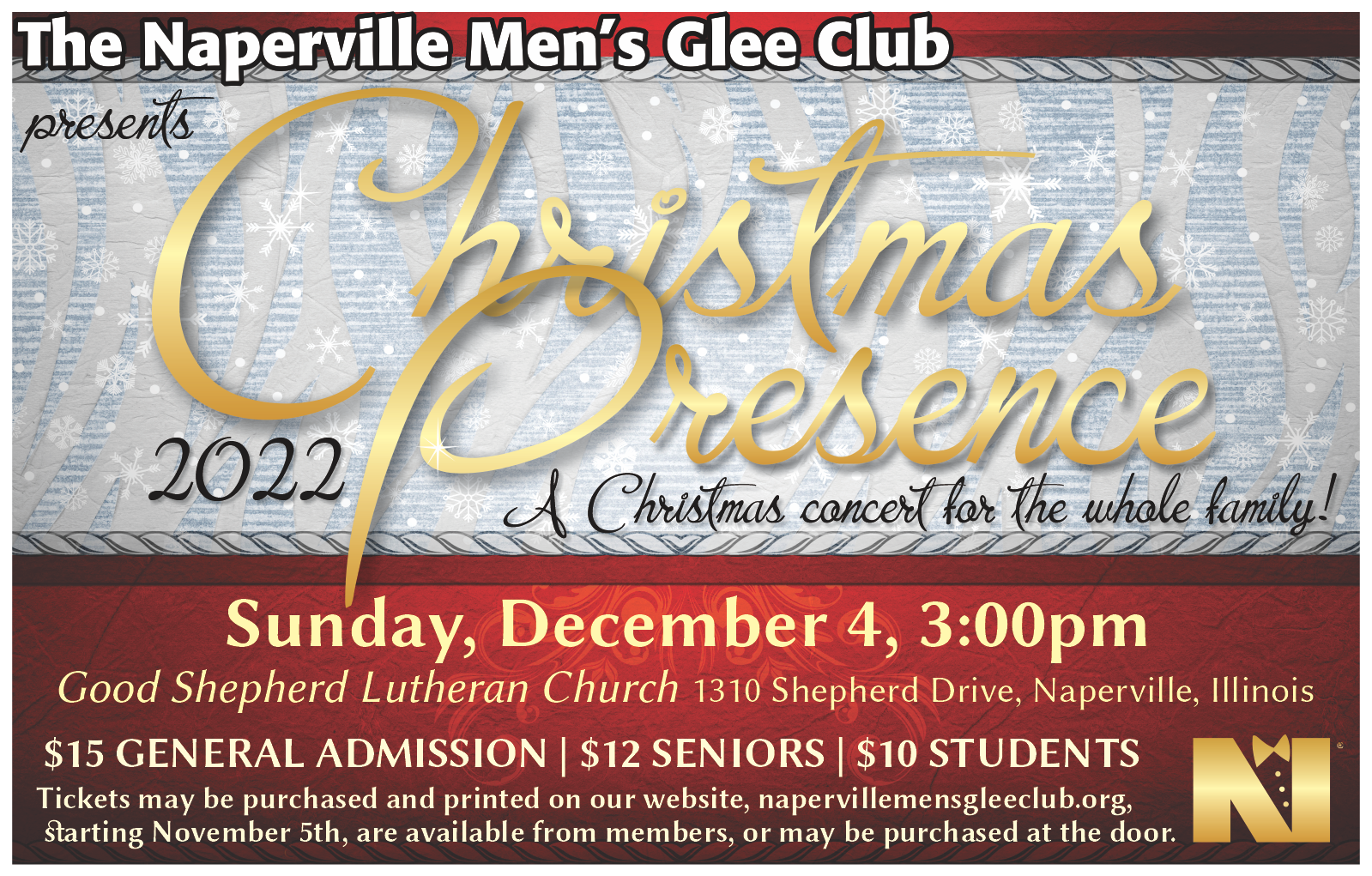 Past Concerts
and Performances 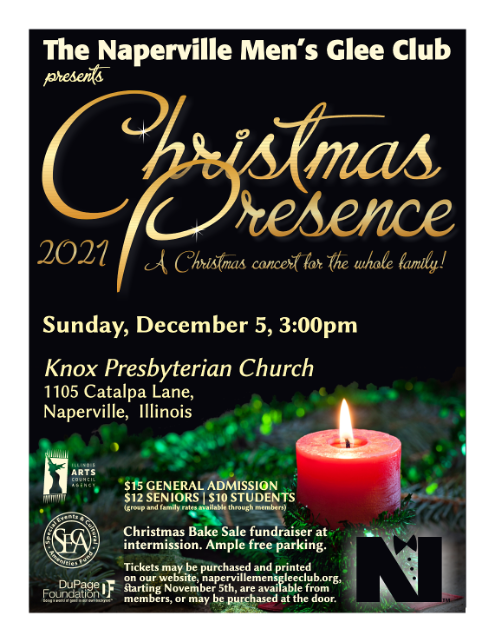 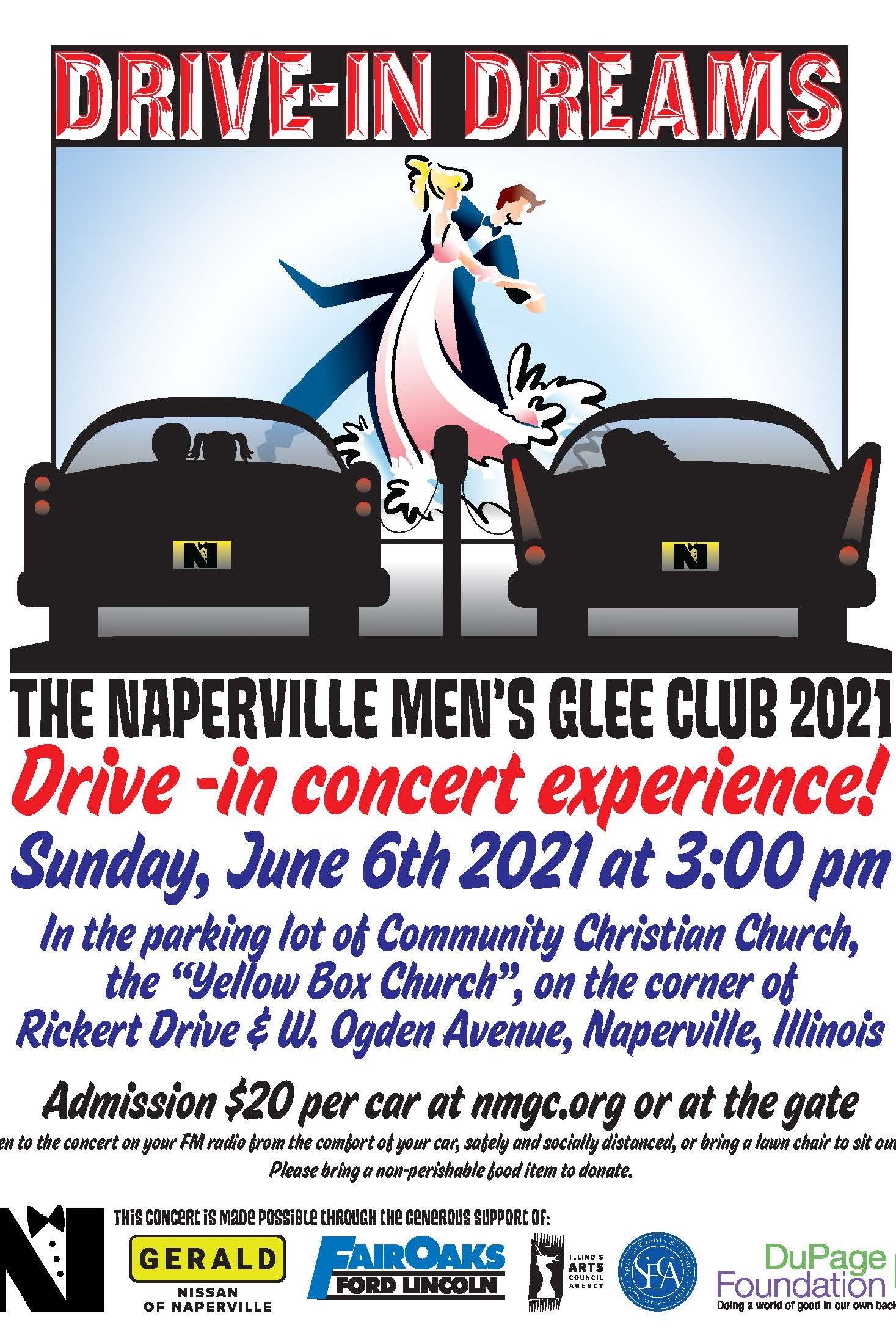 The Glee Club was thrilled to be back performing live in our outdoor, Covid-safe, Spring Concert.  The performance wasfrom the parking lot at Community Christian Church, aka “Yellow Box,” at the intersection of Ogden Blvd. at Rickert. The concert was simulcast on FM radio to allow audience members to stay in their cars if they desired.  Audience members could also bring lawn chairs to safely distance next to their cars or in a specially designated section.

This musical celebration included several recognizable movie themes including “Star Wars,” “The James Bond Theme,” “Over The Rainbow,” “A Star Is Born,” and various other delightful music selections.

Due to the COVID-19 threat and increasing requirements to quarantine and restrict social distance, the 2020 NMGC Spring Showcase has been cancelled until further notice. We will anticipate finding a new date once we are confident it will be safe for concert goers to congregate. 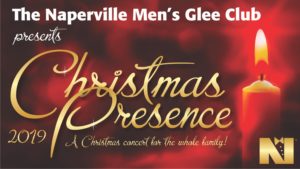 Listen in to NCTV17 as NMGC President Dave Mueller and tenor Rich Ryan describe their experience and sense of purpose with NMGC!

The theme of the concert was “light”. The first half of the concert was “In the Presence of Bright Stars” exploring the theme of starlight. The second half was “In the Presence of a ‘Lighter’ Nature” and explored light music for the holidays, including a holiday pops sing-a-long! The concert included music of Dan Forest, Randall Thompson, and a humorous version of a Bach fugue to kick off the season in holiday style! Guest artists included Anne Harfield-violin, Tom Maslowski- bass and Phil Beale- percussion. Back by popular demand …the Holiday Bake Sale Fundraiser was held at intermission!

Each year NMGC joins our local veterans to celebrate the birthday of the United States Marines. With a special selection of patriotic tunes and military favorites, we take great pleasure and pride in honoring those who serve in all of our armed forces.

We joined with a host of Naperville singers for our 4th Voices of Hope chorus and concert, held at Wentz Concert Hall in April. It was great show, a great audience, and a wonderful opportunity to honor key figures in the local area fight against cancer. As in the past, men and women touched by cancer in some way, whether as a survivor, patient, caregiver, or family member, were invited to join us in song and experience the healing benefits of music in a communal endeavor.

NCTV17 captured the highlights of the concert!

Thanks to the generosity of Busey Bank, Fair Oaks Ford, and Groove Dental, complimentary tickets were made available for cancer patients and survivors.

With great pleasure and enjoyment of reliving many poignant memories, we welcomed former members and numerous guests back to a wonderful gathering at North Central College’s Wentz Concert Hall. We met to celebrate the contribution and accomplishments of Founder and Director Emeritus Bonnie Roberts, and in welcome of new Artistic Director, Dr. John Rakes. Fellowship and re-acquaintance were an important outcome of the evening, reflecting back on 30 years of making song and connecting with our community. The gathering was embellished with delicious eats, and we dusted off a few songs that may not have been heard for a while.

The Naperville Men’s Glee Club (NMGC) celebrated a soaring evening of memories, fun, and growth on the 30th Anniversary year of the founding of the organization. On a reflective note, we also celebrated the outstanding career achievements of Founder and Director Bonnie Roberts, who is retiring from her full time role and assuming a guiding persona as Artistic Director Emeritus. The NMGC has developed a strong local personality and civic role over the years, contributing to the artistic environment in Naperville, while at the same time serving to encourage positive attributes of music, fellowship, and service to the community.

In recognition of these accomplishments, NMGC was recognized at both the city and state levels with proclamations declaring April 15, concert day,  as “Naperville Men’s Glee Club Day” in the City of Naperville, and the State of Illinois. We couldn’t be more proud and appreciative of our Founder and Director, Bonnie Roberts, who led the way over the years. We invite you to share some of the highlights of our concert through the
coverage by NCTV17 and by browsing through some of the concert images and posters capturing our history. 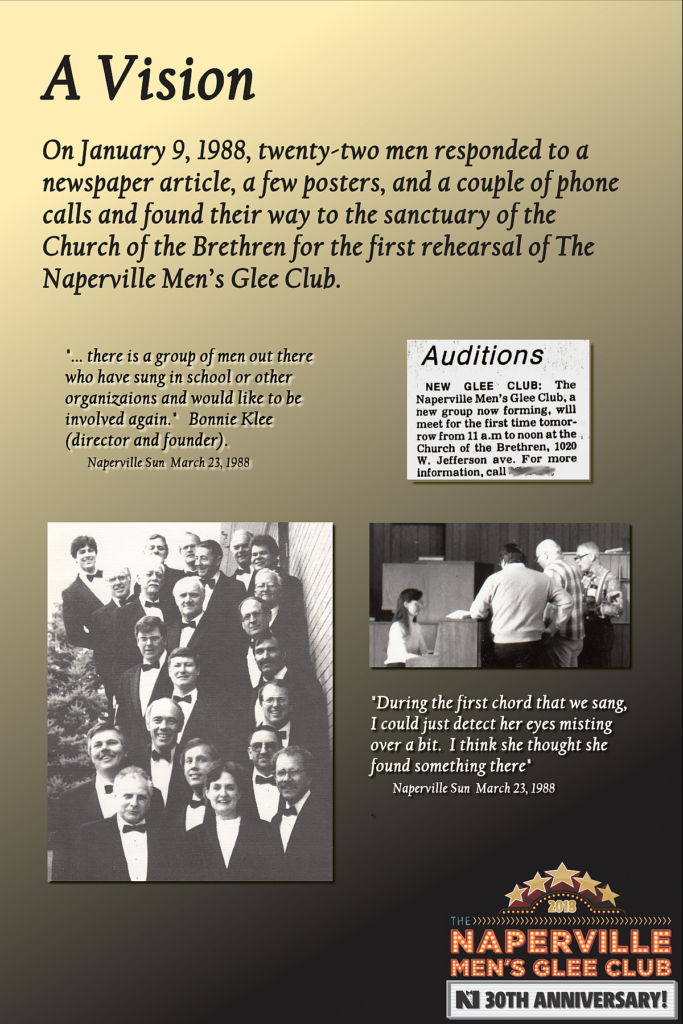 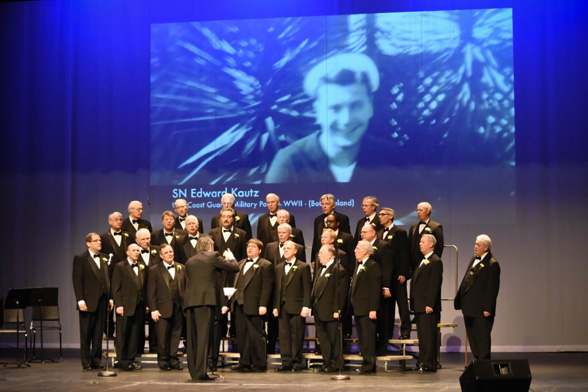 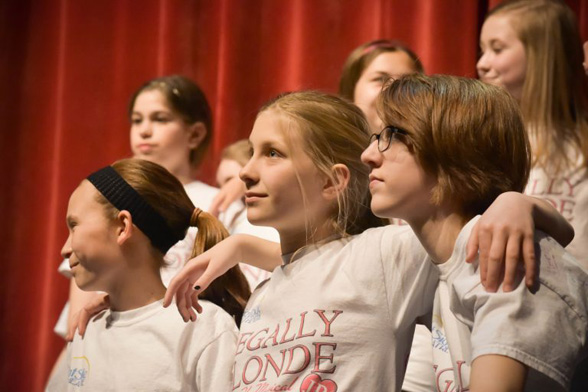 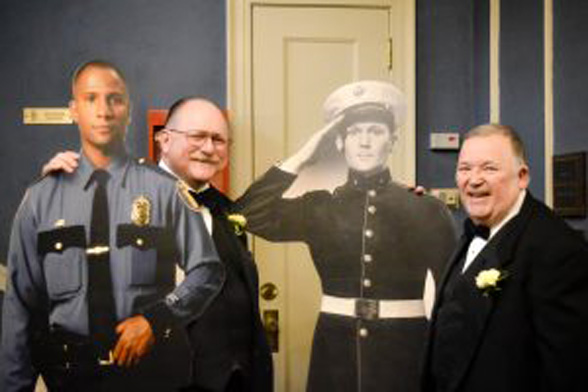 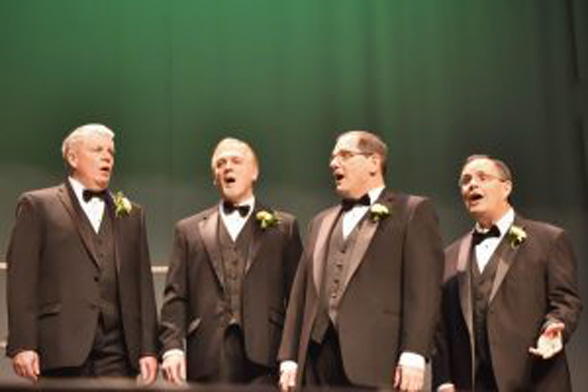 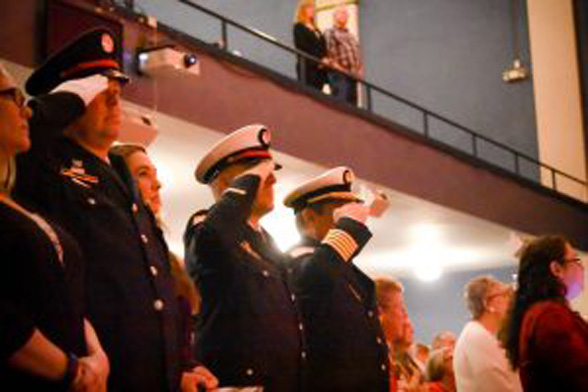 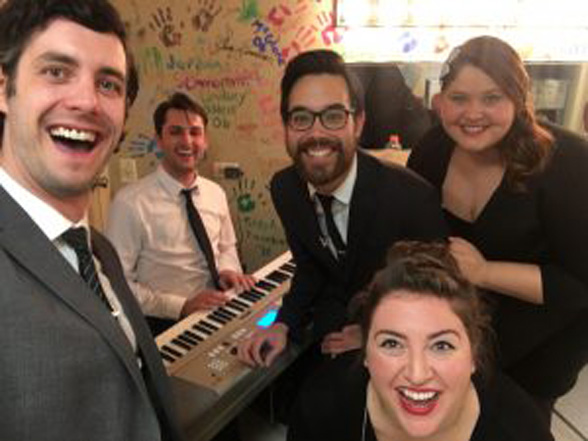 Listen to NMGC Sing "Steal Away"